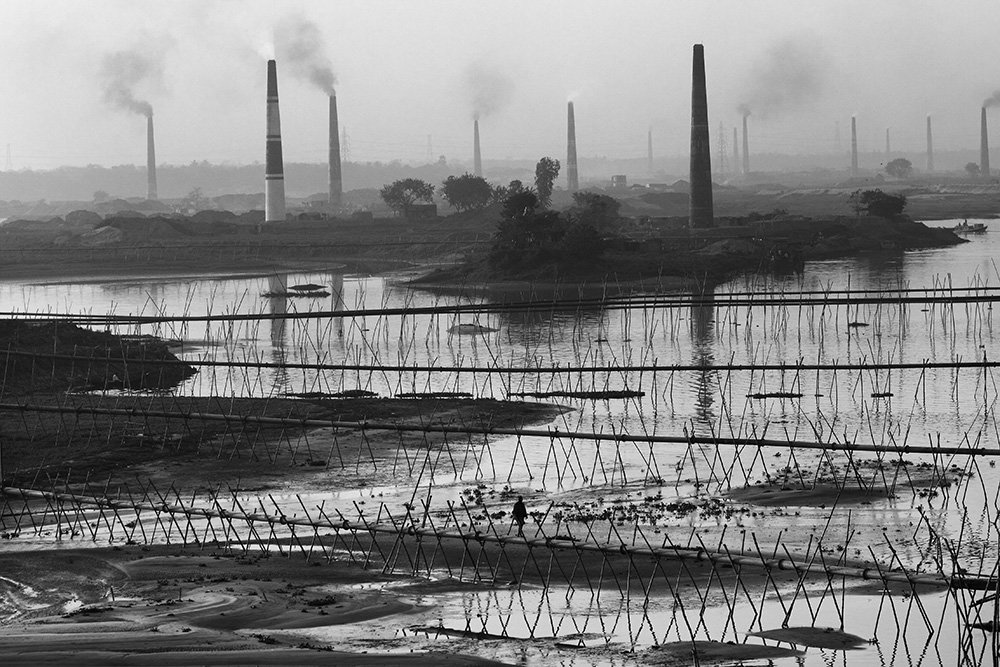 Water is essential to life; therefore, it is vital for it to be safe to drink. People who don’t have clean water available to drink can get sick from various things. Water in the United States comes in different forms, but only a few know that most of these sources pose health threats.

The World Health Organization states two billion people don’t have access to clean drinking water. In addition, it results in several diseases like cholera, diarrhea, hepatitis A and typhoid, which are associated with unsafe and unhygienic drinking of water sources. Here is a list of things you should know about polluted water and what are the solutions to safe drinking in the United States:

What Is Polluted Water?

Polluted water is any water contaminated by bacteria, chemicals, heavy metals, radioactive substances, or parasites. There are several ways your drinking water could become unsafe:

Manufactured chemicals can also be found in the water supply. These include those used to make products such as plastics and paints. Manufacturing processes often release these dangerous compounds into the environment through wastewater discharges or leaks from storage tanks.

Agricultural chemicals may also be present in drinking water sources if used on crops near a water source or waterway such as rivers or lakes. It is particularly true for agricultural land with poor drainage systems that allow runoff into nearby bodies of water during heavy rains.

Industrial waste can include heavy metals, radionuclides, and volatile organic compounds (VOCs). They are toxic substances produced by humans, leading to many problems. In addition, it usually contains pollutants and chemicals that can cause harm to human beings if it is released into the environment.

Industrial waste can be released into the water in many different ways. For example, the Camp Lejeune Water Contamination incident is one of those which was caused by the leakage of VOCs from underground storage tanks and waste disposal sites. VOCs consist of degreasers, dry cleaning solvents, and around 70 most harmful chemicals. Many victims developed different forms of cancerous diseases, thus resulting in the formation of the Camp Lejeune Water Contamination Lawsuit. It allowed compensation to those that developed such medical conditions.

Accordingly, Camp Lejeune water contamination settlement amounts were given for incurred damages that included loss of income and medical bills along with emotional damage caused. They are granted to the victims of exposure to contaminated water based on enough evidence.

Another illustration is the fact that since mining requires the use of water a lot, wastewater is often discharged. In addition, the drilling operations allow wastewater to mix into streams when done, again one of the causes of such contaminations.

Bacterial contaminants also find their way into the water in many ways. For example, bacteria can enter the water supply through natural means. Such as when runoff carries bacteria from sewage systems or animal waste into waterways and lakes. In addition, it is common in areas with no wastewater treatment plants or where those facilities are not operating correctly.

Bacteria can also enter the water supply through human means, such as individuals who do not wash their hands after using the restroom. Other human-related causes include improperly constructed septic tanks that leak into groundwater supplies and runoff from farms where manure has been applied to crops.

You’ll need a simple kit with some instructions to test your water. The kits may cost around $20 and are available at most hardware stores and online retailers. Once the kit is in hand, follow the instructions carefully to test your water for bacteria and other contaminants. Some kits even come with handy guidebooks that teach you how to use them properly.

You should be testing your water at least once every six months. Remember: it only takes one contaminated sample to make an entire batch of food unsafe for consumption.

While drinking water is essential for life, it’s not always safe to drink.Drinking polluted water causes 80% of diseases and more than one-third of deaths in developing countries. You can, most of the time, get the water you need from your tap or faucet without worrying about contaminants. But if you live in an area with bad drinking water, getting a safe and reliable filter system will help ensure that your family has access to clean and healthy H20.

Many different filter systems are available: carbon filters, reverse osmosis (RO) systems, ultraviolet light purifiers, etc. The type of system right for you depends on where your water comes from and how much money you want to spend on setup costs. It also depends on what types of contaminants are present in your area, and these issues vary greatly on location.

If you have a filter, you can let the water sit for a more extended period. It’s unnecessary to wait 24 hours, just enough to let all of the chlorine dissipate. Chlorine is added to tap water as a disinfectant and is entirely safe in small doses. However, letting water sit out may be worthwhile if you have sensitive skin or eyes since chlorine can irritate those areas.

Chlorine will dissipate naturally within an hour. However, if tap water contains other impurities like iron or sulfur that aren’t removed by a filter, then allowing the water to sit overnight might also help.

However, if you’re concerned about lead contamination from pipes in your home or municipal supply lines, it isn’t likely to help much. There won’t be much time for any lead particles that may be present in your drinking supply to settle into the sediment at the bottom of containers.

Be Aware and Use These Tips to Stay Safe and Healthy

Water is an essential part of our lives. It keeps us hydrated, gives us energy, and helps our body to digest food properly. Unfortunately, many people in the US do not have access to clean drinking water due to poor infrastructure, pollution from industrial waste, and sewage runoff from storm drains. As a result, it often ends up in rivers and lakes where they can be found by humans who drink it unknowingly.

Be aware of all the contaminant factors. Safe Drinking water is a vital resource for all of us, and these tips can help you. Therefore, the best way to ensure safe drinking water is through proper testing, treatment, and filtration.

First discovered in humans in 2019, COVID-19 is a coronavirus strain. In…
Introduction Dr. Ludwig Guttman was a man worthy of all the praise.…
Arthritis is a joint condition that causes pain and swelling in the…
Learn to identify the symptoms of debilitating diseases in your plants and…